Hyster is a US-based company that specializes in the manufacturing of all kinds of forklifts, heavy machinery, and miscellaneous material handling equipment. The company has been one of the leaders in the field for the last eighty years, with a global brand presence, and a well-establish reputation for its tough and reliable products. The name derives from the term “Hoist 'er” which was used by loggers in the past to indicate that a load of lumber is ready to be transported. So, Hyster became a synonym for large logging loads transportation since its foundation in 1929, and served in several of the most highly demanding forklift applications in the USA, and also around the world. Since 1989, the company was owned by NACCO Industries Inc., headquartered in Cleveland, Ohio, only to became an independent brand again in 2012.

The history of Hyster begins with its foundation in 1929 after Electric Steel Foundry and Willamette Iron & Steel Works decided to form a new company dedicated to the development of specialized solutions for the Northwest logging industry. Five years later, the first fruit of the collaboration is ready to be reaped and has the form of an early design featuring a straddle carrier with forks. In 1935, Hyster introduces the “BT” model which utilizes a cable hoist system that allows it to carry up to 6000 pounds of load. In the following years, Hyster experiments with frame designs which lead to the creation of sophisticated machinery such as mobile cranes.

During the early 40s, Hyster adds some diversity in its product range with new forklifts that feature capacities from 4000 to 15000 pounds! In 1944, the organization is renamed “Hyster Company” and an export department is formed to support the company's exporting aspirations. To meet the rising demand, Hyster started operation of its first mass production plant in Illinois in 1946 with the launching of more plants inside and outside the country following shortly after.

The innovative ingenuity of Hyster's engineers became first apparent in 1964 when the company introduced the famous “Monotrol® pedal” direction system that allowed forklift operators control the course of the vehicle by using only one pedal. In 1970, Hyster started development of its first high capacity forklifts, meeting the demands of a booming market.

After 1989 when Hyster was acquired by NACCO Industries Inc., the company shifted its focus on more marketing elements such as the driver's comfort, fuel economy, and smart electronic safety systems. By 1996, Hyster was operating several large production plants in the USA, Netherlands, Ireland, and Italy, and in 2004 received the ISO 9001:2008 quality accreditation for its facilities.

Throughout the years that followed, Hyster optimized its production processes, increasing its supply chain efficiency, and modernizing its quality assurance procedures. In 2008, the company introduced a new generation of electric counterbalance forklifts with modular engines, and in 2010 it took the lead in the field by complying with the Tier 4i/Stage IIIB emissions legislation. The most recent page in Hyster's history was written in 2012, when it spun-off NACCO Industries Inc., becoming independent again. 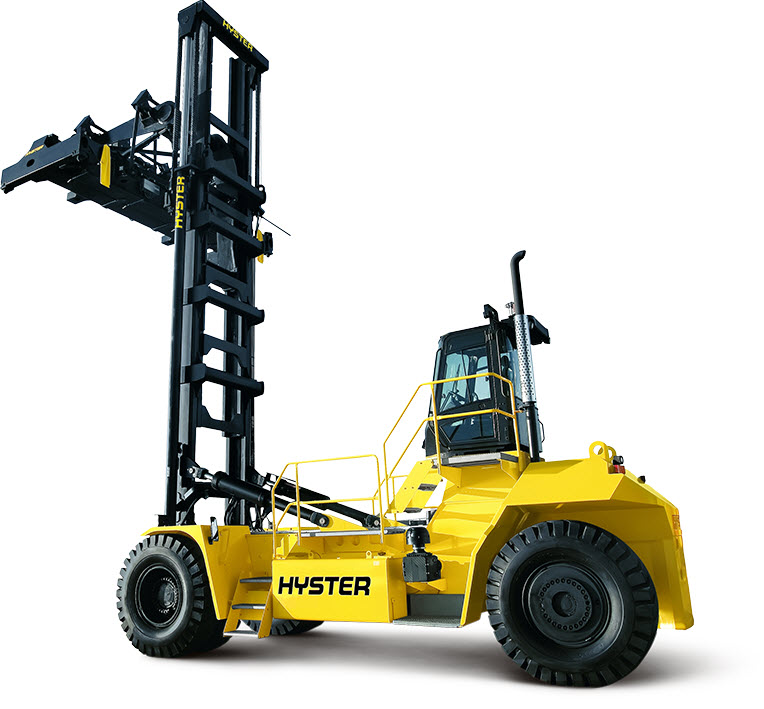 The current product range offered by Hyster is very wide, including 130 forklift products that cover the carrying capacity range of 2000 to 115000 lbs. Fitted with engines that use gasoline, LPG, diesel, or electric power, all Hyster forklifts are able to take the worst kind of beating, and be ready to serve industrial and construction needs day by day. The product range includes pneumatic or cushion tire forklifts, a high capacity series for heavy duty application, tire handler models, container handlers, three and four-wheel electric trucks, pallet carriers, stackers, reach trucks that serve in pallet retrieval in narrow aisles, order pickers that boast very low cost of operation, and highly-specialized very narrow aisle trucks that are specifically developed to operate in high intensity environments.

Whatever the choice of forklift is, they are all specially engineered to offer unmatched visibility levels to the operators, burn 20% less fuel compared to the previous models, and require very low and relatively cheap maintenance.

Hyster currently operates 12 large manufacturing plants in the USA, Mexico, Brazil, China, Japan, Philippines, Vietnam, Ireland, Netherlands, and Italy. All sites are certified for ISO9001:2008 and ISO14001:2001/2004, so there is no doubt about the quality assurance system that is globally established by the company. This is perfectly reflected by multiple awards that have been won by the company including the 2011 “Top Plant” award of the Plant Engineering magazine that meted to the Kentucky plant.

All Hyster products are designed in computer design software and tested through computer structural simulations to ensure the integrity of the design and capacity to perform at the highest level. The design parameters are not only set by strict engineering standards and application requirements but also based on the customer feedback that is taken seriously into account by Hyster when developing a new product. After a frame of a forklift passes this stage of the development, Hyster performs careful element, compartment, and interface positioning to maximize the operator's safety and also ergonomics. Then comes the field test which can take place in one of Hyster's six testing centers while the test cycles of the prototypes can take years of vigorous tryouts. This way, Hyster ensures that everything that leaves its production lines is absolutely ready for the most strenuous, continuous work.

Other types of Hyster Products 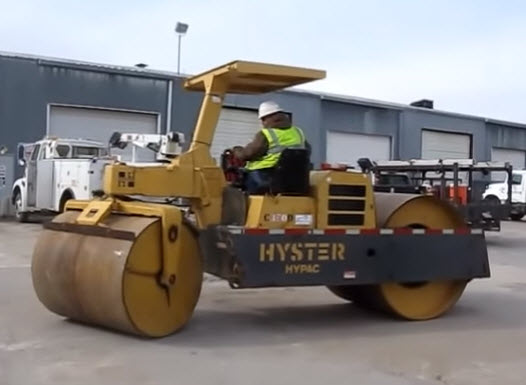 While Hyster is currently known for its forklift products, the company has also produced other kinds of specialized heavy-duty equipment that completely conquered the corresponding fields of the industry. Examples of this “collateral” success include high-performing compaction machinery used for garbage, asphalt, and earth compaction. During the decades from the 60s to the 70s, Hyster launched several different compaction machines to serve various needs and purposes. During the same time, Hyster produced road rollers that helped in the road construction works. All this was mainly based on Hyster's expertise in rigid frame development and implementation of high-powered hydraulics systems.